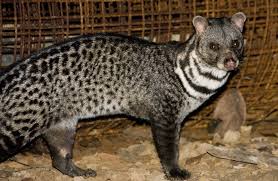 Virus in China Is Part of a Growing Threat

The Wall Street Journal reported this week that Chinese scientists identified a new type of so-called coronavirus as a possible cause of the outbreak in the city of Wuhan, where 59 people have been sickened, with seven in critical condition.

Chinese authorities say they have found coronavirus in patients, but haven’t confirmed it as the underlying cause of the illnesses. But virologists and epidemic experts say it is likely.

That is because Wuhan has all the ingredients for a coronavirus outbreak, Dr. Osterholm and other experts say: a big, densely populated city with live animal markets where people and possibly infected pigs, bats or other mammals mingle.

Coronaviruses are a family of viruses that infect mostly pigs, cats and other animals. They can also jump from animals to humans, and from one human to another.

Investigators searching for the source of the SARS virus first found it in civet cats, an animal often eaten in the region of southern China where humans first were infected.

SARS changed the game for virologists as the first coronavirus that was deadly to humans. Before that, it was known as a virus causing common colds. MERS is even deadlier.

More new human coronaviruses are likely to emerge, said Peter Daszak, president of EcoHealth Alliance, a U.S. organization that identifies and researches emerging viruses around the world, including tracing SARS and MERS to bats. “Our ecology is changing,” he said. “We’re exposed more to animal pathogens.”