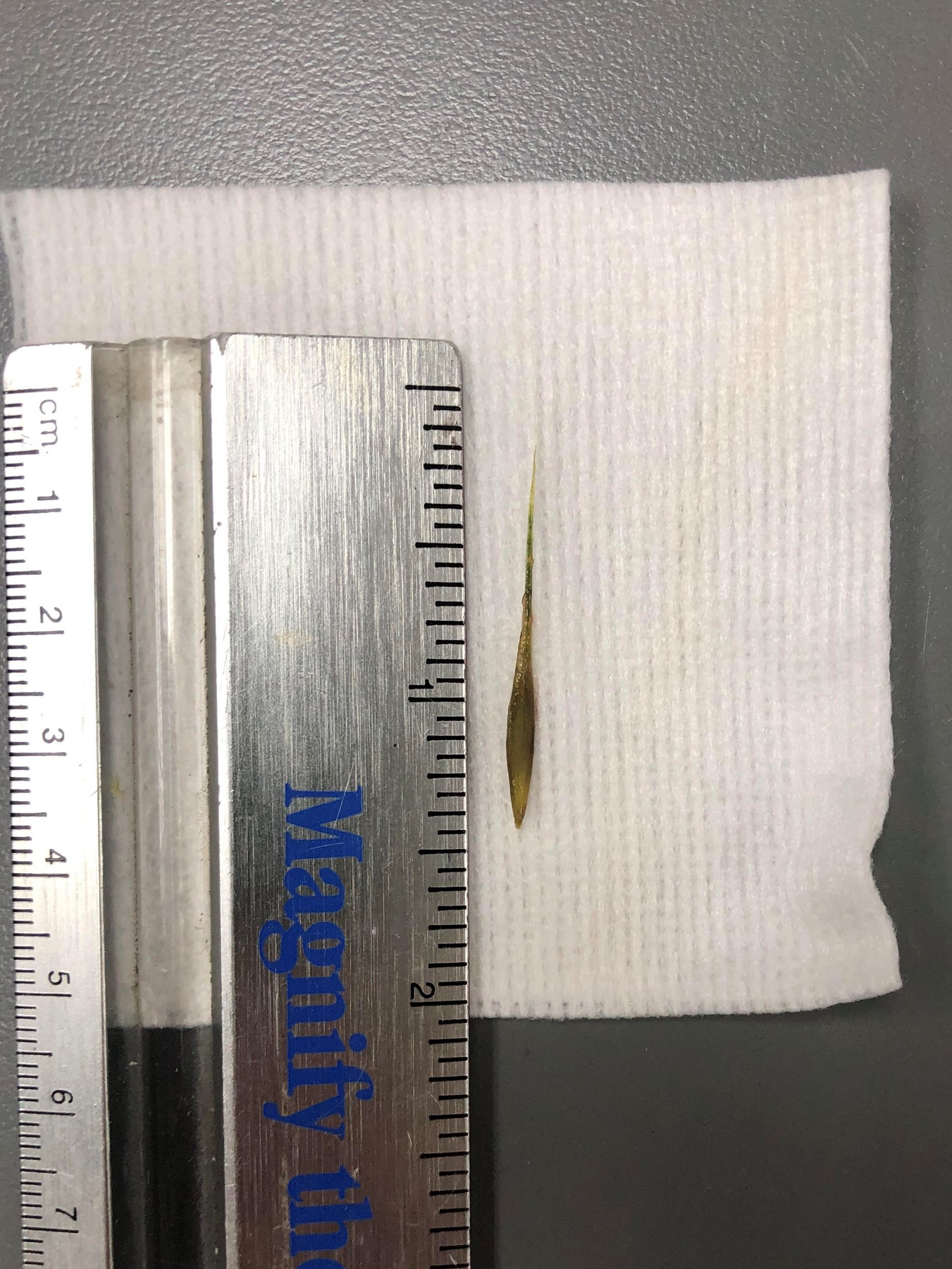 Foxtails are the seed from a grass-like weed that grows in California.  Each seed is shaped like an arrowhead.  The point will engage the fur and penetrate the skin.  Due to the shape, foxtails continue to migrate in the direction of the pointy end, leaving red, open wounds, draining pus.  Foxtails may also enter the nose, ear canal, or under eyelids.

The patient last week was a Jack Russell Terrier  who had a foxtail in his nose.  He had just gone into the yard and suddenly started violent sneezing.

The only way to know if a sneezing patient has a foxtail in the nose is to anesthetize the patient and look.  JRT was pre-medicated with Hydromorphone.  General anesthesia was induced with Propofol and maintained with isoflurane via a cuffed endotracheal tube.

I used an otoscope with a small otoscope speculum to look into each nasal cavity.  JRT’s owner thought the foxtail was in the right side, because she thought she saw some blood.  I looked in the left side first, which was inflamed and free of pus, blood, and foxtails.  Next I looked in the right side where I could see the green tail-end of the foxtail.  I used alligator forceps to grasp the tail-end of the foxtail and removed it.  (See photo.)  Before ending anesthesia, I flushed both sides of the nasal cavity to flush through any foreign material that may have been too deep in the nasal cavity to see.

Foxtails harbor bacteria. I sent home JRT with antibiotic to cover the spectrum of bacteria that may be involved.

The unusual thing in this case is that the foxtail was still green.  When they are green, they typically stay on the plant.  When the plant dries out, and the foxtails turn brown, they fall off.  This is when dogs and cats are exposed.  Foxtail season in San Diego is late spring into summer.  So, watch out!